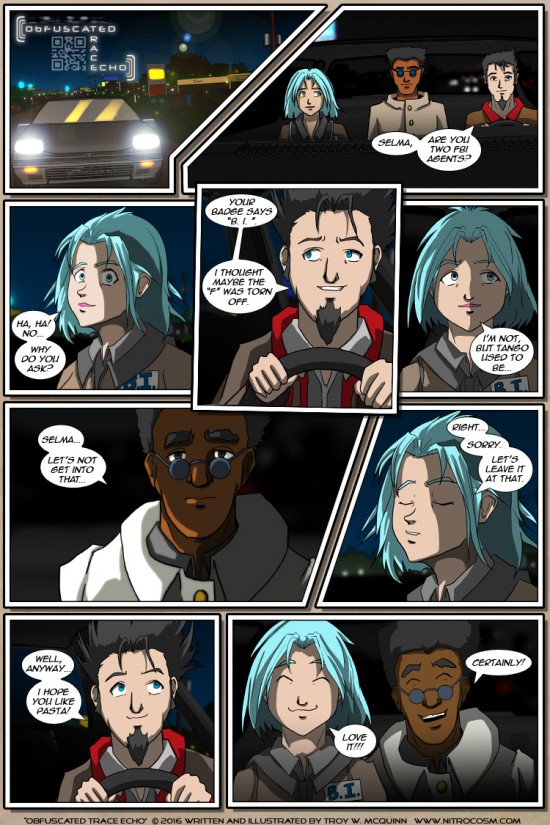 Click the image for a larger view
On the way to the restaurant, Marcus, Selma, and Tango have a conversation in the car.
Progress
2214 VN Scene 16 - Ready!
100%
Site Navigation

December '21 Updates
View Ote
The site has been moved to a new server!

It's been a while since I've posted an update.

The web sites have been moved to a new server and, while many things broke after the move, I managed to fix everything I could find.

The 2214 Visual Novel has been updated quite a few times over the past two months and, while I have to take a short break from it again, I plan on updating it again before the end of the year.

There were some videos planned for the YouTube channel that were put on hold due to some problems re-creating the startup animations for the XBox 360 and Playstation 4. I hope to eventually finish those videos but, due to a continual decline in views, I've put those projects on the back burner.

So... it's once again punkin' times. Don't eat too much candy.