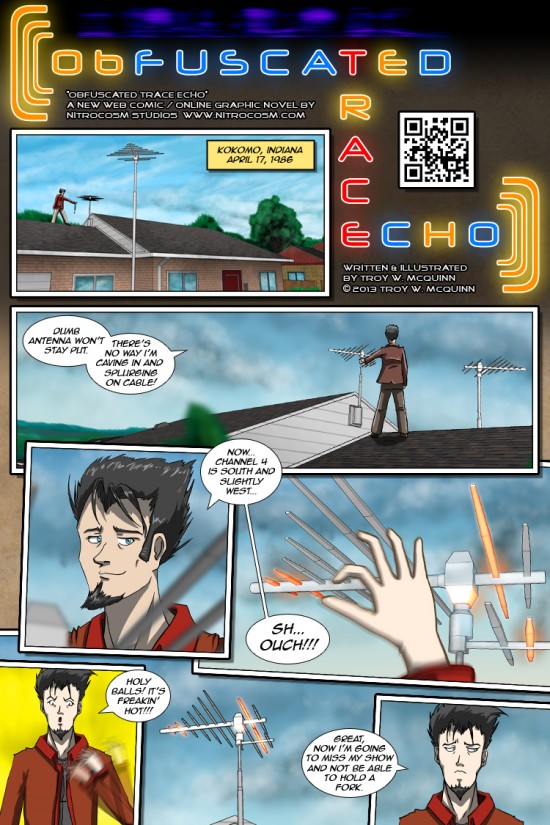 Click the image for a larger view
Marcus fiddles with his TV antenna in an effort to prove that he doesn't need cable. The antenna mysteriously heats up and certain parts of it glow bright orange.
Progress
2214 VN Scene 16 - Ready!
100%
Site Navigation