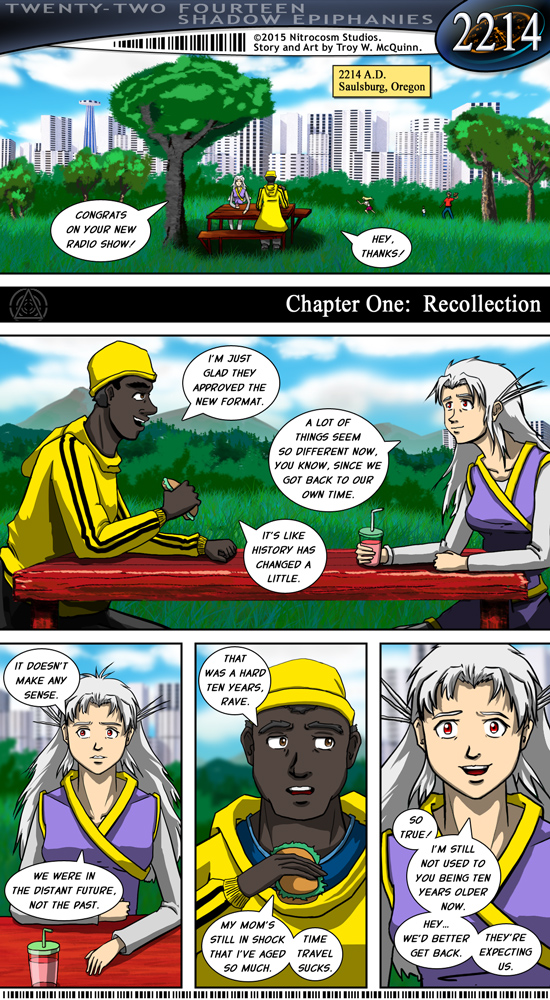 Click the image for a larger view
Two months after mysteriously and abruptly returning to Earth, having instantly traversed 4000 years and many light years through space, Ravenna and School Bus reflect in the park while having a snack.
Progress
2214 VN Scene 16 - Ready!
100%
Site Navigation